“I must study politics and war that my sons may have liberty to study mathematics and philosophy.” — John Adams

Prescribed weight – whatever you need to perform perfect reps.  Perform 10 reps each arm for all one-arm exercises. 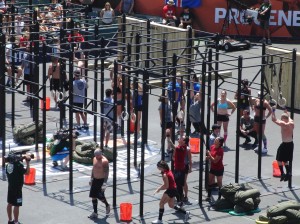 President Ronald Reagan, October 4, 1982, as authorized and requested by a Joint Resolution of the 97 Congress of the United States of America, held that at the City of Washington, designated 1983 as the national “Year of the Bible.” The Resolution, Public Law 97-280, declared:

WHEREAS the Bible, the Word of God, has made a unique contribution in shaping the United States as a distinctive and blessed nation and people;

WHEREAS deeply held religious convictions springing from the Holy Scriptures led to the early settlement of our Nation;

WHEREAS Biblical teachings inspired concepts of civil government that are contained in our Declaration of Independence and Constitution of the United States;

WHEREAS many of our great national leaders – among them Presidents Washington, Jackson, Lincoln, and Wilson – paid tribute to the surpassing influence of the Bible in our country’s development, as in the words of President Jackson that the Bible is “the Rock on which our republic rests”;

WHEREAS the history of our Nation clearly illustrates the value of voluntarily applying the teachings of the Scriptures in the lives of individuals,, families, and societies;

WHEREAS this Nation now faces great challenges that will test this Nation as it has never been tested before; and

WHEREAS that renewing our knowledge of and faith in God through Holy Scripture can strengthen us as a nation and a people: NOW, THEREFORE, be it

Resolved by the Senate and House of representatives of the United States of America in Congress assembled, That the President is authorized and requested to designate 1983 as a national “Year of the Bible” in recognition of both the formative influence the Bible has been for our Nation,, and our national need to study and apply the teachings of the Holy Scriptures. 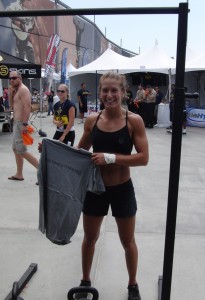 On August 23, 1984, following the enactment of the “Equal Access Bill of 1984,” President Ronald Reagan spoke at the Ecumenical Prayer Breakfast at Reunion Arena in Dallas, Texas:

“In 1962, the Supreme Court in the New York prayer case banned the…saying of prayers.  In 1963, the Court banned the reading of the Bible in our public schools.  From that point on, the courts pushed the meaning of the ruling ever outward, so that now our children are not allowed voluntary prayer.

We even had to pass a law – pass a special law in the Congress just a few weeks ago – to allow student prayer groups the same access to school rooms after classes that a Young Marxist Society, for example, would already enjoy with no opposition…

The 1962 decision opened the way to a flood of similar suits.  Once religion had been made vulnerable, a series of assaults were made in one court after another, on one issue after another.

Cases were started to argue against tax-exempt status for churches.  Suits were brought to abolish the words “Under God” from the Pledge of Allegiance, and to remove “In God We Trust” from public documents and from our currency.

Benjamin Rush (December 24, 1745 – April 19, 1813) was a Founding Father of the United States. Rush lived in the state of Pennsylvania and was a physician, writer, educator, humanitarian, patriot and a devout Christian, as well as the founder of Dickinson College in Carlisle, Pennsylvania.

“The only foundation for… a republic is to be laid in Religion. Without this there can be no virtue, and without virtue there can be no liberty, and liberty is the object and life of all republican governments.”

“By removing the Bible from schools we would be wasting so much time and money in punishing criminals and so little pains to prevent crime. Take the Bible out of our schools and there would be an explosion in crime.” 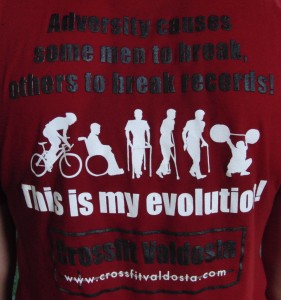 To all ye Pilgrims:

In as much as the great Father has given us this year an abundant harvest of Indian corn, wheat, peas, beans squashes, and garden vegetable, and has made the forests to abound with game and the sea with fish and clams, and inasmuch as he has protected us from the ravages of the savages, has spared us from pestilence and disease, has granted us freedom to worship God according to the dictates of our own conscience;

now I, your magistrate, do proclaim that sll ye Pilgrims, with your wives and ye little ones, do gather at ye meeting house, on ye hill, between the hours of 9 and 12 in the day time, on Thursday, November ye 29th, of hte year of our Lord one thousand six hundred and twenty three, and the third year since ye Pilgrims landed on ye Pilgrim Rock, there to listen to ye pastor and render thanksgiving to ye Almighty God for all His blessings.  William Bradford, Ye Governor of Ye Colony.

In 1647, Bradford wrote in his famous historical work, Of Plymouth Plantation:

Last and not least, they cherished a great hope and inward zeal of laying good foundations, or at least making some ways toward it, for the propagation and advance of the gospel of the kingdom of Christ in the remote parts of the world, even though they should be but stepping stones to others in the performance of so great a work.

Thus out of small beginnings greater things have been produced by His hand that made all things of nothing, and gives being to all things that are; and, as one small candle may light a thousand,, so the light here kindled hath shone unto many, yea in some sort of our whole nation; let the glorious name of Jehovah have all the praise.

Inscribed on Governor William Bradford’s grave at Burial Hill in Plymouth, Massachusetts, are the remarks:

“Under this stone rests the ashes of William Bradford,, a zealous Puritan, and sincere Christian Governor of Plymouth Colony from 1621 to 1657, (the year he died) aged 69, except 5 years,, which he declined.

Let the right hand of the Lord awake. (Inscribed in Hebrew)

What our fathers with so much difficulty attained do not basely relinquish. (Inscribed in Latin)“

In March of 1621, as recorded in Governor Bradford’s Of Plymouth Plantation, Squanto joined the Pilgrims:

“About the 16th of March (1621), a certain Indian came boldly amongst them and spoke to them in broken English…. His name was Samoset.  He told them also of another Indian whose name was Squanto, a native of this place, who had been in England and could speak better English than himself…

About four or five days after, came… the aforesaid Squanto… (He) continued with them and was their interpreter and was a special instrument sent of God for their good beyond their expectation.  He showed them how to plant corn, where to take fish and other commodities, and guided them to unknown places, and never left them until he died.

He was a native of these parts, and had been one of the few survivors of the plague hereabouts.  He was carried away with others by one Hunt, a captain of a ship, who intended to sell them for slaves in Spain; but he got away for England, and was received by a merchant in London, and employed in Newfoundland and other parts, and lastly brought into these parts by a Captain Dermer.”

Noah’s Webster’s 1828 edition of the American Dictionary contained a profuse amount of Holy Scripture, as he would use verses from the Old and New Testaments to clarify the context in which a word was to be used.  For example,, the definition of the word Faith includes the following sentences:

Being justified by faith. Rom. V.

Without faith it is impossible to please God. Heb. xi

With the heart man believeth to righteousness. Rom.x.

Your faith is spoken of throughout the whole world. Rom.i.

Hast thou faith? Have it to thyself before God. Rom.xiv.

Children in whom is no faith. Deut.xxxii.

“The Bible is the Chief of moral cause of all that is good, and the best corrector of all that is evil, in human society; the best book for regulating the temporal concerns of men, and the only book that can serve as an infallible guide to future felicity… It is extremely important to our nation, in a political as well as religious view, that all possible authority and influence should be given to the scriptures, for these furnish the best principles of civil liberty, and the most effectual support of republican government.

The principles of genuine liberty, and of wise laws and administrations,, are to be drawn from the Bible and sustained by its authority.  The man, therefore, who weakens or destroys the divine authority of that Book may be accessory to all the public disorders which society is doomed to suffer…

There are two powers only, sufficient to control men and secure the rights of individuals and a peacealbe administration; these are the combined force of religion and law, and the force or fear of the bayonet.”  – Noah Webster, 1833

In Advice to the Young, published in 1832, Noah Webster wrote:

“The ‘Advice to the Young’… will be useful in enlightening the minds of youth in religious and moral principles, and serve… to restrain some of the common vices of our country…. To exterminate our popular vices is a work of far more importance to the character and happiness of our citizens than any other improvements in our system of education.”

In 1832, Noah Webster published his History of the United States, in which he wrote:

“The Brief exposition of the constitution of the United States, will unfold to young persons the principles of republican government; and it is the sincere desire of the writer that our citizens should early understand that the genuine source of correct republican principles is the Bible, particularly the new Testament or the Christian religion.

The Religion which has introduced civil liberty is the religion of Christ and His apostles, which enjoins humility, piety, and benevolence which acknowledges in every person a brother, or a sister, and a citizen with equal rights.  This is genuine Christianity, and to this we owe our free Constitutions of Government.

When you become entitled to exercise the right of voting public officers, let it be impressed on your mind that God commands you to choose for rulers just men who will rule in the fear of God.  The preservation of a republican government depends on the faithful discharge of this duty;

If the citizens neglect their duty and place unprincipled men in office, the government will soon be corrupted; laws will be made not for the public good so much as for selfish or local purposes.

Corrupt or incompetent men will be appointed to execute the laws; the public revenues will be squandered on unworthy men; and the  rights of the citizens will be violated or disregarded.

If a republican government fails to secure public prosperity and happiness, it must be because the citizens neglect the divine commands, and elect bad men to make and administer the laws.”